For many electric bike owners, an eBike becomes a main mode of transportation.

Will an eBike cause electricity bills to spike? Operating an electric bike isn’t completely free. But how much does it really cost to charge an eBike?

The average cost to charge an electric bike with a 600-watt-hour battery is about 6 cents per charge, 19 cents weekly, and under $10 annually. Costs can vary by battery watt-hours, energy costs in your state, and how often you charge your bike.

Estimating the cost to charge an electric bike just requires a few numbers. However, these stats can vary based on eBike model, so we’ll have to assume some averages.

Energy costs also vary based on location. For example, average electricity rates in Alaska or California run about double the rates in Texas or Nevada.

Whether energy costs are high or low in your state, you might be surprised to learn how affordable operating an electric bike can be on a cost-per-mile basis.

Electric scooters, eBikes, and similar micro-mobility vehicles are among the cheapest modes of transport available in regard to energy costs, measuring just a fraction of the power consumption used by electric cars. Today’s electric cars cost about 3.3 cents per mile to run based on the average price of electricity. By comparison, eBikes cost well under one cent per mile in electricity consumption costs.

First, you’ll need to know the watt-hours for your electric bike’s battery.

You can get the voltage and amp-hour rating from the owner’s manual or from the manufacturer’s website. You’ll also find it on the battery itself, but some bikes like the KBO Hurricane conceal the battery inside the frame.

In simple terms, voltage is the pressure or force that makes a charge move.

Next, you’ll need the amp-hour (Ah) rating for the battery. Amp-hours refer to the battery’s storage capacity. More accurately, the measurement shows how much power the battery can deliver in one hour. We aren’t all electrical engineers, so we’ll steer clear of the tall weeds on that subtopic.

As an example, the ever-popular Himiway Cruiser uses a 48V 17.5Ah battery. And to revisit amp-hours, this particular battery can power a 17.5 ampere (amp) device for one hour. This amp-hour figure for the Himiway is higher than many eBikes in the same price range.

To calculate the watt-hours for an electric bike battery, multiply the battery voltage by the amp-hours.

Using the venerable Himiway Cruiser as an example, the watt-hour rating is 840 watt-hours.

By comparison, the KBO Hurricane mentioned earlier uses a 36V 9.6Ah battery. This battery has a 345 watt-hour rating, calculated thusly:

That’s it. Now, you know how to calculate watt-hours.

It’s helpful to understand watt-hours, but electricity providers use a different measurement called a kilowatt-hour (kWh) instead.

Since we need to calculate the cost to charge an electric bike, we have to convert watt-hours to the unit of electricity the power companies use for billing.

To calculate kilowatt-hours, divide the watt-hour rating by 1,000.

For example, the Himiway’s battery with 840 watt-hours of battery capacity equals .84 kilowatt-hours.

Calculate the Cost to Charge an eBike Battery

Electricity prices vary across the country, ranging from as low as 7.5 cents in Louisiana to over 27 cents per kWh in Hawaii. The U.S. Energy Information Administration provides an average electrical rate for all states of 10.59 cents per kWh. Let’s use that figure.

So, using an average electricity cost of 10.59 cents per kWh, the Himiway Cruiser costs 8.9 cents per charge. By comparison, the KBO Hurricane costs 3.65 cents to charge. However, your costs may vary if you live in a state with higher electricity costs, such as California, Vermont, or Hawaii.

The average of these two bikes is 592.5 watt-hours, which isn’t too far off from a real-world average for eBike batteries.

More expensive bikes often come with a higher watt-hour rating, but a watt-hour rating doesn’t suggest a particular eBike is good or bad. It doesn’t even tell the whole story of a bike’s range, but an understanding of watt-hours is helpful in making quick back-of-the-napkin calculations.

Expect electric bike batteries to range from about 300 watt-hours to about 1 kWh. For quick calculations assuming a generic eBike, using a watt-hour rating of about 600 watt-hours is fair.

Also, before you calculate, check your latest electric bill to see your current energy costs.

How Much Does it Cost to Charge an eBike Annually?

For a single charge, here’s the formula:

Assuming most people charge their eBike about three times per week, the cost to charge a 600-watt-hour electric bike runs about 19 cents per week. Expanding this cost to a year, the cost would be $9.91 annually.

Assuming a range of 20 miles per charge, the cost per mile to operate an eBike is under a penny (.3177 cents).

Compare that to the gas guzzler in the driveway. A gas vehicle that gets 22 MPG costs nearly 16 cents per mile, at current gas costs of about $3.50 per gallon.

What Else Can You Use Watt-Hours to Calculate?

Well, you can use the same formula to calculate the charging cost for your electric scooter, eBoard, or similar modes of transportation powered by lithium-ion batteries.

In addition to the cost to charge an eBike or personal electric vehicle (PEV), you can also use watt-hours to calculate your range, although you’ll have to make some assumptions in this case as well.

The most accurate calculation would be how much range you’ll get at full throttle. But even this estimate comes with some caveats.

For example, let’s say you have a smaller motor with 350 watts of output. Under a light workload, like a lower pedal-assist setting, the motor isn’t using a full 350 watts. But at full throttle, the motor might be working its hardest, especially with a larger rider riding a heavier eBike.

Let’s also say you have a 345-watt-hour battery, like on the KBO Hurricane. The Hurricane doesn’t have a throttle, but it’s a handy illustration.

You’ll get just under an hour of riding at max assist, assuming the motor is using 350 watts. However, if you took the same battery and gave it a 500-watt workload, the battery would last about seven-tenths of an hour (about 42 minutes).

Conversely, if you chose the lowest-pedal assist level, the bike has a longer range because the motor isn’t working as hard.

To calculate your range in hours (as a wild estimate), divide the watt-hours by the max motor wattage or the amount of wattage you expect to use.

Bear in mind that electric bike motors run below their peak rating with lower levels of pedal assist or when using the throttle at lower speeds. Terrain, bike weight (and tire/wheel weight), rider weight, cargo, tire inflation, and wind conditions also play a big role in how much power the motor needs.

To simplify, many eBike folks just use a simple estimate of 1 mile per 20 watt-hours as a ballpark figure. This number assumes a middle ground in which neither the bike nor the rider is working too hard. The ballpark method can be fairly accurate in a broad sense while often not being accurate at all for individual rides or riders.

As with most things, your mileage may vary.

Hey, What About Battery Wear?

The cost per charge calculated in earlier examples doesn’t factor in the cost of the battery itself. They don’t last forever, so each charge has an additional cost because it shortens the battery life.

Some bike components, such as chains, chainrings, brake pads, and tires, won’t last forever. Add batteries to the list for electric bikes. These replacement costs all contribute overall electric bike cost of ownership, but in comparison to even the thriftiest of cars, you’re still miles ahead.

Twisting a throttle or pushing a thumb throttle isn’t much work.

So, is an electric bike still good exercise or are ebikes just a way to pretend to stay active?

Electric bikes can be spendy. It must cost less to build your own, right? 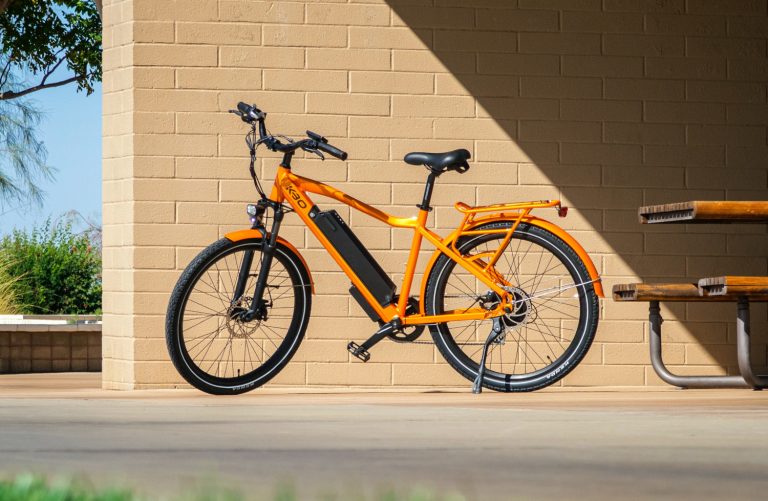 You can lease a car or even a smartphone these days. But can you lease an electric bike?

While you can lease an electric bike, choices are still limited and many ebike leasing options are better described as rentals or subscription services. Others are really rent-to-own programs rather than traditional leasing. 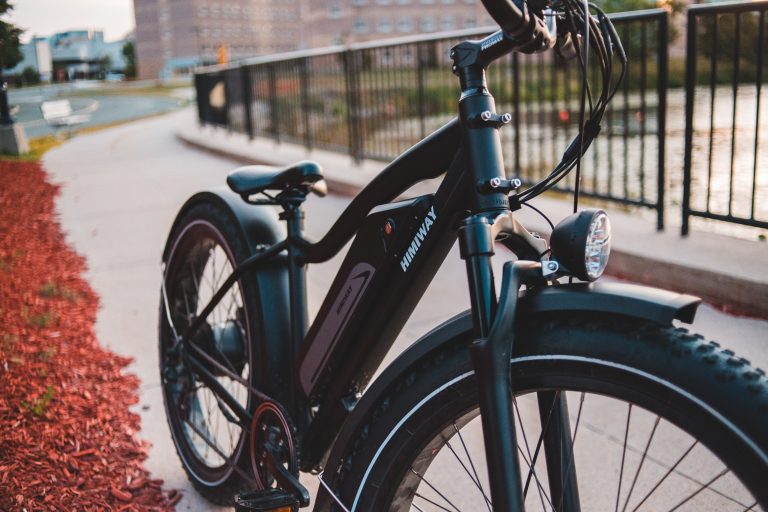 Ebikes can open a new world of possibility for many people, but what are some of the disadvantages of electric bikes?

Some of the downsides almost go without saying. Electric bikes cost more than traditional bikes, and they’re often much heavier. But first takes may not be as straightforward as they seem. 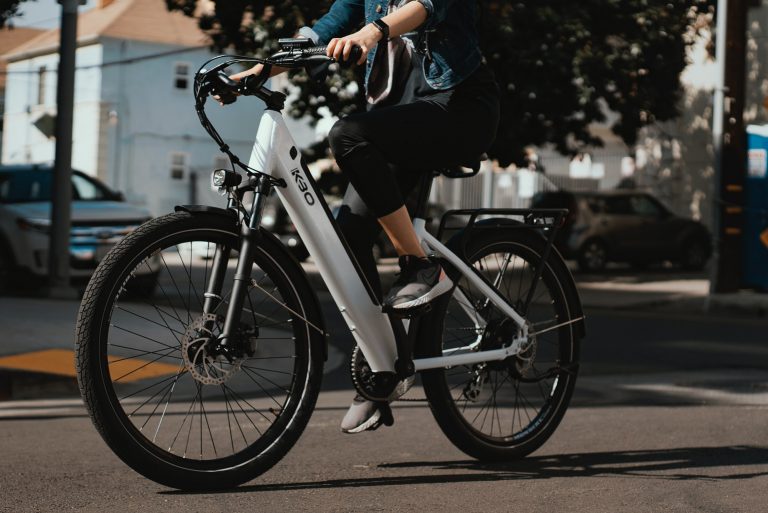